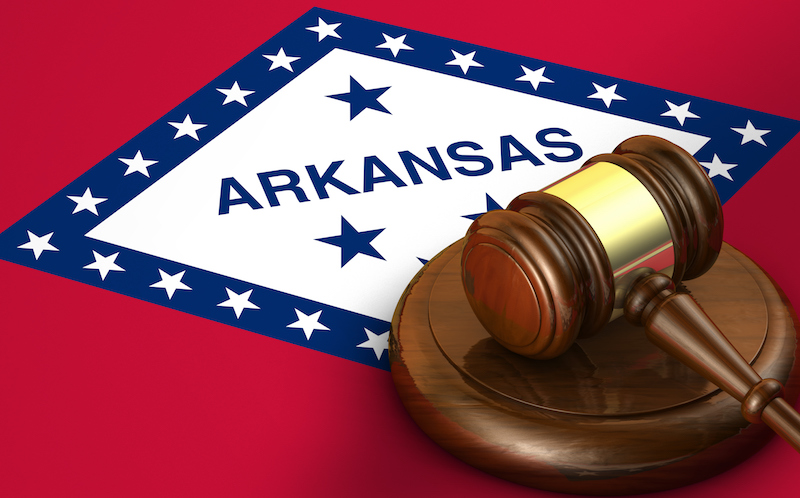 Has someone you love been arrested in Conway, AR or Faulkner County? If so, you will need to understand how Arkansas bail bonds laws operate. Posting bail allows your loved one the opportunity to get out of jail and live their life normally until their court date in exchange for a guarantee that they will show up on that date. However, it is not quite that simple. Residents of Conway will find that there are quite a few things they need to know about Arkansas state bail bonds laws in order to navigate these murky waters.

How Do Bail Bonds Work in Conway Arkansas?

Bail bonds work much the same way in Arkansas as they do in the rest of the country. Once someone is arrested, they will be processed at the Faulkner County Detention Center, the Detention Center Unit 2, or the Conway Police Department depending on the situation. Once processed, a judge will determine whether bail is appropriate, and how much to set if so. When the judge has set bail, you can contact a bail bondsman to post bail and have your loved one released.

In most situations, you will pay a percentage of the bail amount set to the bondsman, who will then front the rest of the amount and have your loved one released from jail. However, there are two other possibilities depending on the situation.

Does Everyone Have a Right to Bail?

No, there are exceptions. A judge will determine whether your loved one should be released or not. This decision is not made lightly, as most people do have a right to a pretrial release. Factors that the judge will consider when making this decision include the following:

Is There a Cost for Bail Bonds in Conway Arkansas?

Yes, bail bonds always come with a cost. With a cash bond, you pay a percentage of the bail set by the judge. That money is gone – you do not get it back after the court date. In this situation, that money is “earned” by the bail bonds company in exchange for providing the remainder of the bail amount and taking a risk that your loved one might leave town, in which case the bail bond company would forfeit the entire bail amount.

The minimum amount of bail in Conway (and throughout the rest of Arkansas) is $50, which will be charged in cases where bail is set at $500 or less. However, the amount you must pay will depend on the amount of bail the judge sets. The maximum you will pay is 10% of the bail amount, so if the judge sets bail at $5,000, you would need to pay $500 to the Conway bail bond company.

Note that there are additional fees that must be paid here, as well, including processing fees, county/city bond fees, and state bond fees. Generally, you can expect to incur an additional $80 in fees.

In many instances, you do not have to pay the entire amount all at once, particularly with higher bail amounts. Instead, the bail bond company will set up a payment arrangement. However, once the bail bond is exonerated, all fees and additional charges come due.

What Happens If My Loved One Fails to Appear?

If your loved one fails to appear in court, you forfeit the bond amount, plus a warrant for their arrest will be issued. Note that depending on the situation, this may be a misdemeanor, or a felony, and will be an additional charge your loved one faces.

Other Factors to Know in the Conway Arkansas Bail Bond Process

Depending on the crime, your loved one’s criminal history, and other factors, there may be additional conditions that apply to their release. These can include the following:

Failure to comply with any of the requirements listed above, all of which will be in your loved one’s release/bond agreement, can result in being returned to jail for the duration of the wait for their court date.

When it’s all said and done, anyone facing criminal charges in Conway, Arkansas, can benefit from the services of a bail bondsman. However, Arkansas bail bonds laws can be quite complex and may be difficult to understand. The information above should help ensure that you have a better understanding of the requirements, as well as the process that must be followed. If your loved one has been arrested, contact us 24/7/365 to arrange for bail.

Bail provides your loved one with an opportunity to be released from jail and to live on their own terms, in exchange for an agreement that they will appear at all hearings and court sessions. While it does come at a cost, the amount you must pay is far less than the full amount of bail and allows your loved one to enjoy at least the semblance of a normal life during the interim.

If you need help or have questions about bail bonds, please contact one of our agents or visit Bryce’s Bail Bonding, Inc.